4 Key Changes to Look Out for in Linux Kernel 5.6 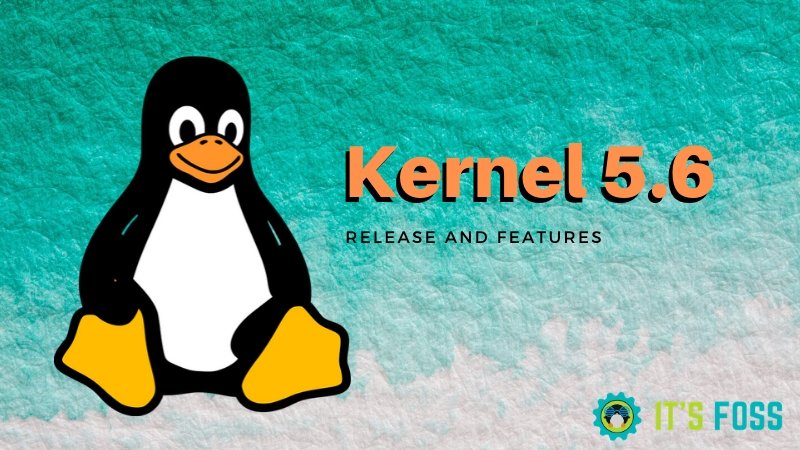 Linux Kernel 5.6: 4 Key Changes to Look Out For

The upcoming Linux kernel 5.6 includes some exciting new features. This post highlights all the important features in this new release.

While we’ve already witnessed the stable release of Linux 5.5 with better hardware support, Linux 5.6 is next.

To be honest, Linux 5.6 is much more exciting than 5.5. Even though the upcoming Ubuntu 20.04 LTS release will feature Linux 5.5 out of the box, you should really know what Linux 5.6 kernel has in store for us.

In this article, I’ll be highlighting the key changes and features that you can expect with Linux 5.6 release:

I’ll try to keep the list of features up-to-date whenever there’s a piece of new information on Linux 5.6. But, for now, let’s take a look at what we already know so far:

WireGuard will be added to Linux 5.6 – potentially replacing OpenVPN for a variety of reasons.

You can learn more about WireGuard on their official site to know the benefits. Of course, if you’ve used it, you might be aware of the reasons why it’s potentially better than OpenVPN.

Also, Ubuntu 20.04 LTS will be adding support for WireGuard.

Linux 5.6 will also include the support of USB4 .

In case you didn’t know about USB 4.0 (USB4), you can read the announcement post.

As per the announcement – “ USB4 doubles the maximum aggregate bandwidth of USB and enables multiple simultaneous data and display protocols. “

Also, while we know that USB4 is based on the Thunderbolt protocol specification, it will be backward compatible with USB 2.0, USB 3.0, and Thunderbolt 3 – which is great news.

In other words, it is just a new compression technique for the Linux file-system where you will be able to select particular file extensions.

Unix and Linux store the time value in a 32-bit signed integer format which has the maximum value of 2147483647. Beyond this number, due to integer overflow, the values will be stored as a negative number.

Obviously, with the next release, the hardware support will improve as well. The plan to support newer wireless peripherals will be a priority too.

The new kernel will also add the support for MX Master 3 mouse and other wireless Logitech products.

In addition to Logitech products, you can expect a lot of different hardware support as well (including the support for AMD GPUs, NVIDIA GPUs, and Intel Tiger Lake chipset support).

Also, in addition to all these major additions/support in Linux 5.6, there are several other changes that would be coming with the next kernel release:

Phoronix tracked a lot of technical changes arriving with Linux 5.6. So, if you’re curious about every bit of the changes involved in Linux 5.6, you can check for yourself.